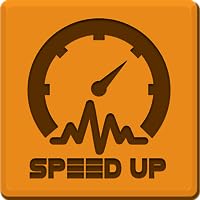 Once you became to have a lot of posts, Octopress’ rake generate command could take a long time.

When you want to check your site, normally it is needed to build only your new post. While Octopress has tasks of isolate/integrate to achieve such usage, it needs some manual commands, and there is a risk to push your site with only a new post.

In this post, I will introduce how to speed up rake generate with an easy command, and in safety.

rake isolate[my-post] command stashes all posts other than my-post from source/_post directory. They are stashed in source/_stash, which are not used for a build, so that Jekyll command builds only my-post.

After checking your site, you can revert them by rake integrate.

But there are some difficulties:

To solve them, I modified Rakefile as below for isolate/integrate tasks:

full_stash_dir is introduced because in Octopress’ Rakefile overwrites stash_dir values in isolate task, so that it will fail if we use isolate and integrate in a sequence.

With above modifications of isolate/integrate, it is actually not needed, but use them just for making paths clear.

stash_root_dir is used for pages instead of posts. (Pages are normally in a root directory (source/).)

Next, isolate task is now able to select the last modified post automatically if you don’t give a post name. The posts are sorted by mtime (modified time) and the last one is used.

mv command loop was modified to move all files/directories in source/_post directory. In addition, it moves pages listed in root_stashes in source/.

In the last of isolate task, it makes .isolated file in Octopress’ top directory. It is used in deploy command to check if files are isolated or not. (see below).

integrated task now moves files/directories in full_stash_root_dir, too. In addition, it deletes .isolated, and makes .integrated. It is used in deploy command, too.

Then, make a task which build only one post automatically.

Now you can generate only your new post with

for the last modified post. You can even use:

as same as rake generate_only.

Similar settings can be used for watch and preview:

In deploy task, it should assure that you built with all files w/o stashed files.

In Octopress’ Rakefile, there is a similar method using .preview-mode file, which is made in preview or watch tasks 1

In below, deploy task checks .integrated or .isolated files, and re-generates after integrate if there is one of these files.

In addition, generate task deletes .integrated (and .preview-mode) as full files build are done at that point.

Then, you can safely use rake generate_only command.

These modifications can be seen in Octogray theme:

« Brew-file: Manager for packages of Homebrew Send a mail by JavaScript with Mandrill »