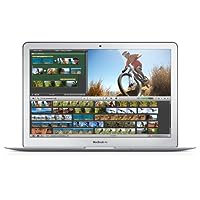 To keep own update history or share the settings to other Mac, it is very useful to make a list of packages.

For this purpose, I have developed Bew-file, which is an extension of Homebrew.

Brew-file was made inspired by Brewdler, which uses Brewfile, a list of packages and applications, to install at once. Brewdler was implemented into Homebrew, but it became obsolete.

Bew-file uses Brewfile too. It can also make and update from installed packages. In addition, it has a function to manage Brewfile in a GitHub repository, so that you can keep a history of your installation, and easily share the same setting to another Mac.

If you haven’t installed Homebrew, you can install Homebrew and Brew-file together by:

Then, you became able to use brew file command. Try brew file help for the basic usage.

This can be changed by -f option, or set it in your setting file (such .bashrc) like:

The format is command <package> [<options>] for each line. The line starting with # is comment line.

Available commands in Brewfile are as follows:

To set the repository, do

You will be asked a path of the repository, then give like rcmdnk/Brewfile.

Then, you can pull/push the repository by brew file pull/brew file push, respectively.

If you already have Brewfile, you can install packages and applications in Brewfile, by:

It is very powerful when you setup Mac for the first time.

For the first time, you can make Brewfile from installed packages. Just do:

You may have installed many applications directly other than Homebrew-Cask or App Store.

These applications can be installed by Homebreww-cask.

brew file casklist will make Caskfile in the current directory.

A default editor is Vim. $EDITOR variable is used as editor if it is set.

When you execute such brew install, Brewfile is not updated. You need to execute brew file init or brew file update to update Brewfile.

If you want to automate it, etc/brew-wrap is available.

This file has a wrapper function of brew in which brew file initialize is automatically executed after such brew install command.

To enable this wrapper function, source this file in your setting file such .bashrc:

This brew wrapper function executes original brew if brew file command is not available so that you can safely uninstall/re-install brew-file.

« New blog with Octopress + Octogray, in GitHub Pages Speed up Octopress generate for a check build »