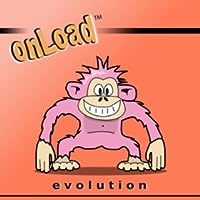 JavaScript has a function of window.onload = function(), which is executed after the page is loaded.

jQuery also has similar function of $(document).ready(runction()), but they are a little different.

window.onload method is executed when onload even occurs. This means when not only DOM tree is built, but also all data, such images, are loaded.

Therefore, if you have another liens like below, it will overwrite the previous one.

In this case, only onload 2 is shown.

This is usually used when jQuery is used.

This is executed when DOM tree is built. It doesn’t wait loading such images.

Therefore, it is executed earlier than window.onload.

This works to put a function, so multiple inputs can be accepted.

You can omit some parts and can write like:

If you have above both, a console shows ready 1 and ready 2.

If $ has a name collision problem, it should be like

And following style with on works similar, but a little different (see below).

Main differences between window.onload and $(document).ready are the timing when it is executed, whether it can have multiple components or not.

For the timing, you can do most of the things when DOM tree is built, and might want to start w/o waiting images.

In addition, it is much easier just to add, not overwrite the method, so $(document).ready is very useful and it is great if it can be implemented w/o jQuery.

To do this, you should add an event listener to DOMContentLoaded1.

Here is an example:

DomContentloaded means as in the literature, when DOM is built. As a matter of fact, $(document).ready uses this internally 2.

On the other hand, you may need to execute methods after loading all images.

It can be done by window.onload, but only one method can be registered.

If you can use jQuery, it is easy that you can write like:

If you can’t use jQuery, you need to write like:

attacEvent method is for IE.

Be careful that argument is a little different between addEventListener and attachEvent (load and onload, respectively) 5.

Most of browser can be covered by these two methods, but if necessary, window.onload can be placed here (though only one method can be registered).

In addition, there are some immediately-invoked function expressions (IIFE).

After some tests, followings can be seen:

It is a bit complex, but one could argue that it is unstable if these different methods are used all together, so that it should be written in the same way in each load or ready.