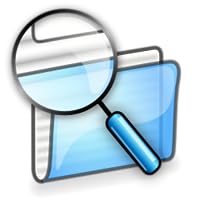 In Brew-file for Brwefile management, new command file has been added as an Brewfile’s format.

In the path for additional files, such ~ can be used as $HOME, and any environmental variables, like $HOST, can be used.

If the path is relative, the path starts from the directory in which the original Brewfile is stored.

If you have Brewfile in the original path,

You can use file nesting, too.

There is another command, brewfile, which works exactly as same as file.

For example, if you want to divide Cask settings, then write

in the main Brewfile, and prepare Cask.Brewfile with Cask settings.

If you want to use different settings for the different Mac, such ${HOST}.Brewfile is useful.

Or you can use ~/.Brewfile in each Mac for special settings.

If the corresponding file is not found, Brew-file just ignores it. Therefore, you can use same Brewfile in Mac, which has ~/.Brewfile and doesn’t have ~/.Brewfile.

When a such init command is executed, first Brew-file prepares a list of packages installed by Homebrew.

On the other hand, packages listed in the additional files are removed from the list.

Then, the additional files are restored, and remaining packages in the list are written out to main Brewfile.