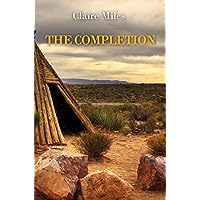 The new wrapper function allows you to use some subcommands of brew-file directly as a brew’s subcommand.

Completion functions are also implemented for both Bash and Zsh.

They have the functions of the completion for brew-file command.

To enable the completion, please add the following settings for each Bash or Zsh.

Then, add following settings to your .bashrc:

Add following settings in your .zshrc:

The above completion is done only for brew-file command. It doesn’t complete such brew file (brew + file subcommand).

etc/brew-wrap has a wrapper setting to override original brew completion. It adds file subcommand to brew, and enable a completion for brew file as same as brew-file.

This file should be read after above completion settings, like

brew-wrap wraps brew command itself to automatically update Brewfile after such brew install or brew uninstall.

Such init or casklist are not in brew’s subcommands. Therefore

becomes as same as

can be used as